4 star review Journey to the end of the night 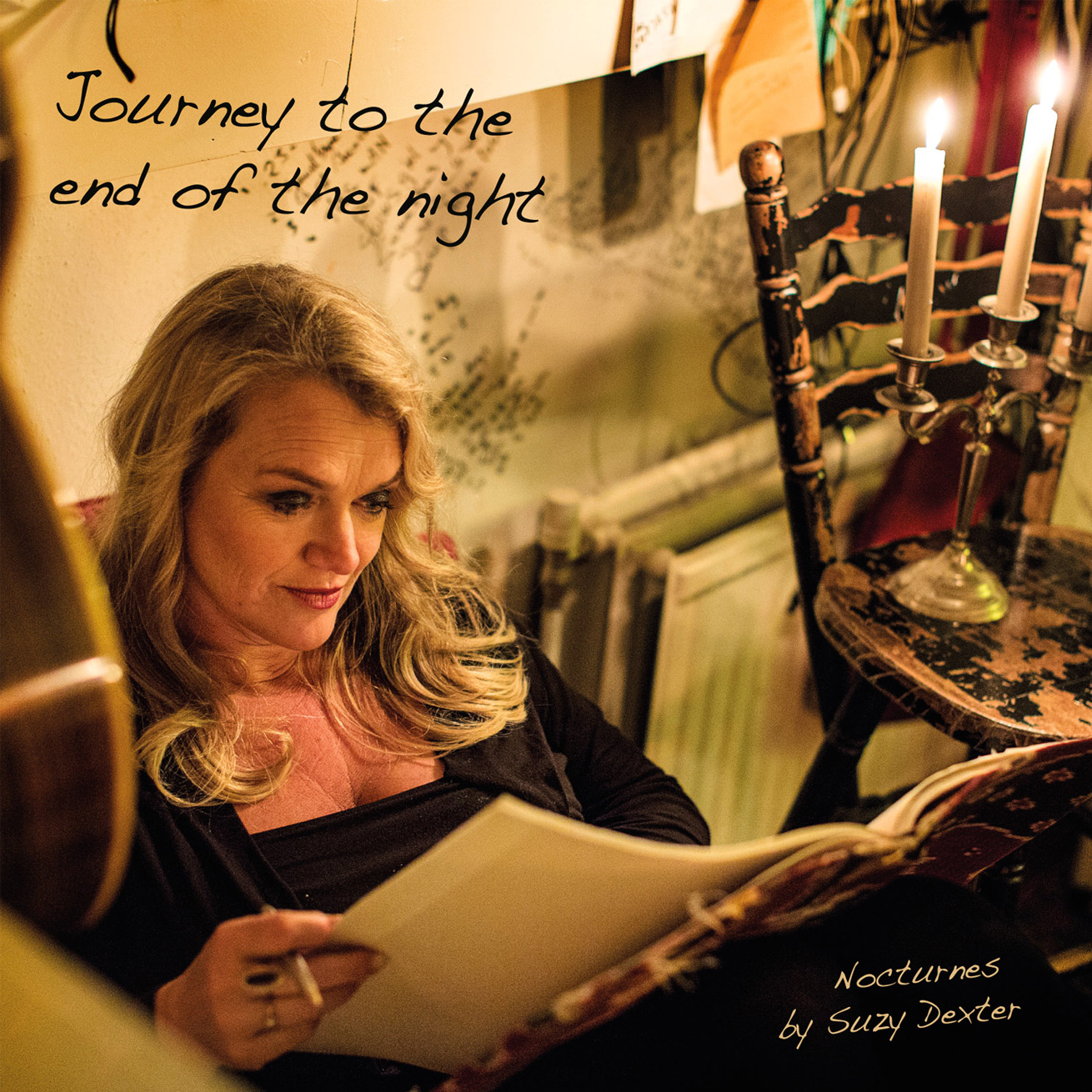 The title, cover photo and the images inside the cd booklet immediately make clear that this is not a happy album. The subtitle “Nocturnes” by Suzy Dexter shows this. A nocturne is a musical composition originating from the atmosphere of the night. The songs on the album were written at a time when Suzy was often faced with the loss of loved ones. Not being able to sleep she used the night to make a kind of journey from darkness to light. After the debut album On The Moon in 2006 and Lost Track Of Time 2011 this is the third album by singer-songwriter Suzy Dexter from De Bilt. The one before was a pleasantly diverse, tasty surprise that got 5 ***** in The Musicmaker. That album showed quite some country influences, Suzy has a sob in her voice here and there, whereas the songs on this cd are mostly ballads, no sob, with only a few uptempo songs. The instrumentation (acoustic guitar, cello, violin, piano) is quiet and beautiful and the lyrics can be understood just fine. That sounds like a recipe for mediocre music but Journey To The End Of The Night is never boring and even has two highlights with Run and The Wizard Of Oz.